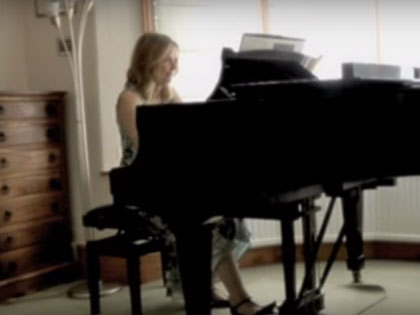 
The recording is dedicated to George Chilvers (1949-2014) who encouraged and supported Pamela for almost 40 years.


Commissions include a Guitar Suite: 'Images of Venice' with Richard Storry and the theme music for the film 'The Hidden Face of Autism' (Rebecca Chilvers and David Skuse, Great Ormond Street NHS Trust) and other films for John Morrell of The Media Trust.


Concerts: The 'Images' series of multi-arts presentations as well as solo recitals throughout the UK. Pamela also appeared with Craig Ogden in a concert supporting the work of the ACE centre.


Pamela studied piano with Dame Fanny Waterman in Leeds before graduating from The Royal Academy of Music. A PGCE from The University of Reading followed. She worked as Assistant Director of Music at Highdown School, Reading, and taught piano in other local schools before gaining a Music Therapy Diploma from The University of Bristol. She was an Examiner for the Associated Board of the Royal Schools of Music 1999-2017.


Pamela has a daughter Rebecca, a son Edward, and three grandsons; Rafael, Nicolai and Lucien. Her mother Rose, being denied piano lessons as a child was an unfailing support.


"My first composition was called "Rippling Stream" and I won 3 guineas playing it in a talent contest at the Beachcomber in Humberstone."

"Her music, as showcased on this disc of solo piano and chamber music belongs to the English pastoral school. The solo piano pieces, 'Kites' and 'Clouds' are atmospheric miniatures beautifully played by the composer herself". International Piano Magazine – May/June 2017